Back in December, Liel Leibovitz published these words over at Tablet, and they’ve probably been the best summation of thoughts and feelings I’ve held for a while now. The whole thing is worth reading, but this lengthy excerpt is what stuck with me:

I have one important thing to tell you: If the left is going to make it “right wing” to simply be decent, then it’s OK to be right.

Why? Because, after 225 long and fruitful years of this terminology, “right” and “left” are now empty categories, meaning little more than “the blue team” and “the green team” in your summer camp’s color war. You don’t get to be “against the rich” if the richest people in the country fund your party in order to preserve their government-sponsored monopolies. You are not “a supporter of free speech” if you oppose free speech for people who disagree with you. You are not “for the people” if you pit most of them against each other based on the color of their skin, or force them out of their jobs because of personal choices related to their bodies. You are not “serious about economic inequality” when you happily order from Amazon without caring much for the devastating impact your purchases have on the small businesses that increasingly are either subjugated by Jeff Bezos’ behemoth or crushed by it altogether. You are not “for science” if you refuse to consider hypotheses that don’t conform to your political convictions and then try to ban critical thought and inquiry from the internet. You are not an “anti-racist” if you label—and sort!—people by race. You are not “against conformism” when you scare people out of voicing dissenting opinions.

When “the left” becomes the party of wealthy elites and state security agencies who preach racial division, state censorship, contempt for ordinary citizens and for the U.S. Constitution, and telling people what to do and think at every turn, then that’s the side you are on, if you are “on the left”—those are the policies and beliefs you stand for and have to defend. It doesn’t matter what good people “on the left” believed and did 60 or 70 years ago. Those people are dead now, mostly. They don’t define “the left” anymore than Abraham Lincoln defines the modern-day Republican Party or Jimi Hendrix defines Nickelback.

So look at the list of things supported by the left and ask yourself: Is that me? If the answer is yes, great. You’ve found a home. If the answer is no, don’t let yourself be defined by an empty word. Get out. And once you’re out, don’t let anyone else define you, either. Not being a left-wing racist or police state fan doesn’t make you a white supremacist or a Trump worshipper, either. Only small children, machines, and religious fanatics think in binaries.

A few years ago, I recall when “deconstruction” was a common refrain among my peers who were raised in evangelicalism/fundamentalism (an arguably unfair conflation, but helpful for my purposes here). While I don’t think I ever heartily embraced the “exvangelical” trend, I certainly found myself questioning and rethinking a lot of theological beliefs that had accumulated in my head through the years. I came through the informal process with a fresh set of convictions that were different, though in some ways continuous, from what I had held before, convictions that seemed more open, humanistic, hopeful, and, dare I say, “faithful” than beliefs that had marked my years in non-denominational evangelical congregations.

For a long time, these beliefs, in my mind, paired well with the “left-of-center” politics that I also held. But over the course of the last two years, I found that these politics were just as restrictive and suffocating as the fundamentalism that I had left. Dissent from or questioning the appropriate opinions served as evidence of one’s wrongness. Reading, listening to, or associating with people deemed problematic made one’s peers fear for one’s ideological righteousness.

I’m fortunate to be in a community and surrounded by friends marked by charitableness, curiosity, and humor. But I also live in a city where signage abounds in wealthy neighborhoods and restaurants proclaiming, like a doctrinal creed, the axioms of its denizens. I’ve spoken directly with colleagues who hold reservations about the corporate activism of their employers but hesitate to speak for fear of reprisal. I’ve been on interminable Zoom calls about the social cause du jour where the invited speaker dismissed substantive questions as irrelevant or wrongheaded when they complicated the simplistic narratives they propounded.

It’s been a disorienting couple of years for me, politically. Those who sounded the alarms about disinformation became practitioners of it, while the very same authoritarian tendencies and rule by fiat that I feared from the Bad Orange Man were instead manifested by the same people who told me I should fear him.

I find myself among the “politically homeless”. And this may not actually be a bad thing. Alan Jacobs writes, “It’s a hard path to walk, this Way of avoiding both indifference and ‘the conscious impotence of rage / At human folly.’ But the hard path is the only real Way.”. For myself, though, it’s probably wiser for me to err these days on the side of indifference. Writing in “LMAO” for the Virginia gubernatorial election last November, as I did, would probably infuriate some, but I found it profoundly liberating. I could have chosen not to vote at all, but that would be to neglect one of my rights and duties as a citizen of this pretty fantastic country (one of the many opinions that’s changed for me).

Stuff in (and about) the news still pisses me off sometimes, probably more often than it should. But I’m trying now to shift my gaze, away from the screen toward the face of my neighbor and place I call home. The view is pretty great from here. 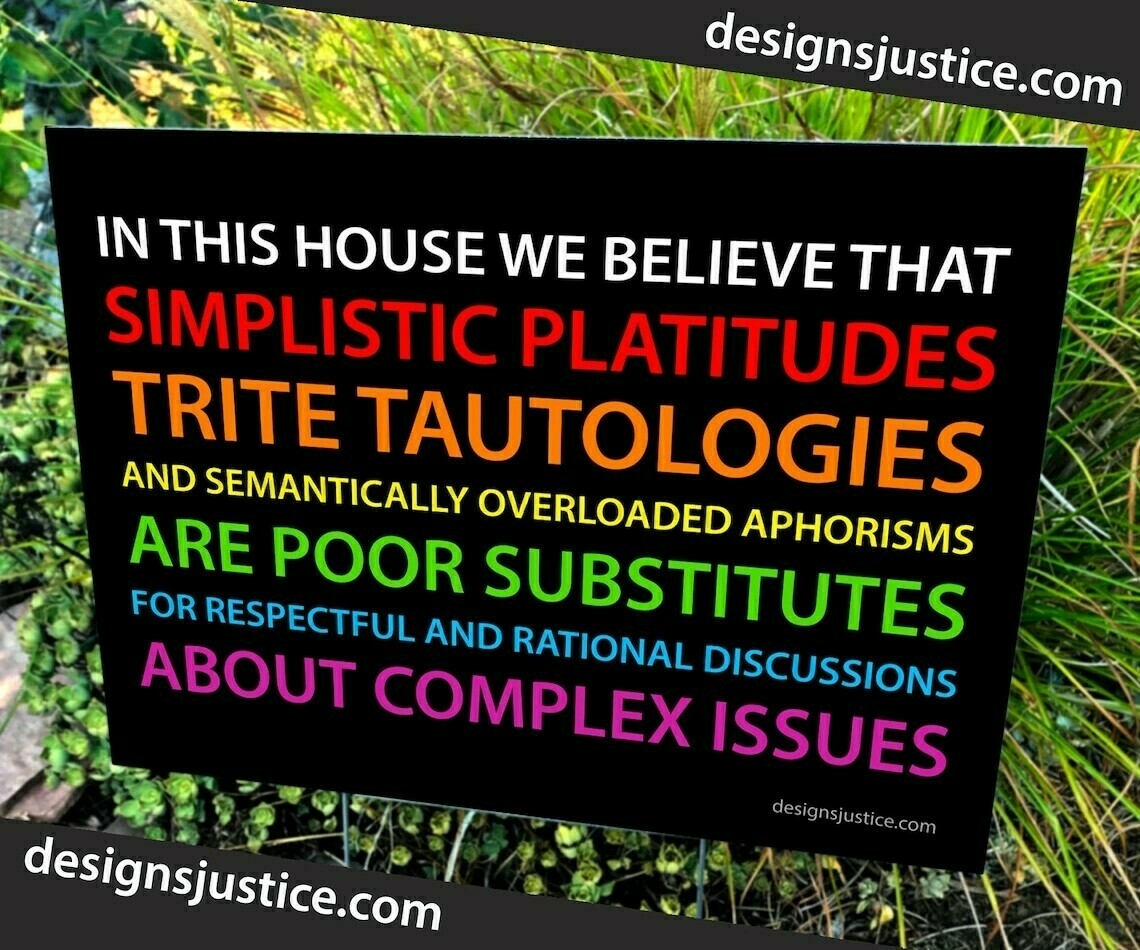