While I wouldn’t recommend everyone change jobs, have a newborn for the first time, move house, roll an ankle, and get laid off from aforementioned new job all in the same year, I find myself this NYE feeling gratitude more than any other emotion. I got to welcome my daughter into the world, move into what is pretty much a dream home in the city limits surrounded by great neighbors, work with a mentor and friend again, follow him back to an old team, and develop new fitness modalities. Amidst all of this, I managed to read 36 books, keep hosting The Gap Year, help lead the thriving 20s/30s Bible study at church, travel, pick up guitar again, and spend lots of time with friends and family. I have plans and goals for next year, but they’re mostly just further developing the good things I already have going on.

Make no mistake, it has also been immensely challenging too. The instability of working at startups can be disorienting. Raising a tiny human who would not exist without you violently shines a light on your frailty. A new home entails uncovering things that need new work and ongoing maintenance. Having a fitness routine, which is critical for your own sanity, upended by an injury can leave you feeling adrift and frustrated. And unemployment just plain sucks — “funemployment” my ass (thankfully I start a new job this upcoming week).

But there are also blessings in the challenges, things that would not happen had you bypassed them. As Dr. Kelso said, “nothing in this world worth having comes easy.” It’s been a blessing. I wish I could show myself ten years ago where I’m at now. It doesn’t all come easy, but it’s all worth having.

I was laid off yesterday. This is a first for me, and while it sucks, I had the honor of working with some great people. This was also the first time I got to formally lead a dev team. One beam of light in the darkness has been the opportunity to connect them with [a recruiter I’ve had the pleasure of working in the past] and write recommendations for them. Taking the time to reflect on what you value in each person you work with is something I think every leader should do, in work and in life. If you want to give yourself an instant dose of joy, practice gratitude for the people around you. My only regret is that I didn’t do this more when I worked with them.

There absolutely are bad reasons to do things in a certain way, but you should be terribly skeptical of anyone who argues there is only a single way to accomplish anything important. You should be skeptical when startup executives insist their ten thousand employee organization should work the same way as their twenty person team from ten years ago. You should be skeptical when folks who’ve thrived in large organizations make definitive statements about what cannot happen outside the bureaucratic shackles (and leverage!) of a scaled organization. Finally, you should be even more skeptical of anyone who wants to debate complex topics in soundbites: it drives engagement and create fanatics, but it does nothing to advance the industry.

Satyr — “Vector”: from one of the best albums I’ve heard this year

I’ve waited too long for this: Clerks III trailer

It’s common knowledge that flying in summer 2022 is a mess. Given the likelihood of a delay or outright cancelation, Jenoa and I expected our first flight with six and a half week old baby E to be rough. But I was pleasantly surprised.

Our flight from Richmond to DFW was only delayed by about forty minutes. I couldn’t say the same for other, earlier flights along the same route, though. I think one flight that was supposed to depart at noon had been delayed until 11pm. People were visibly stressed.

But we felt a strange sort of solidarity, even camaraderie, amongst everyone in the airport amidst the frustration, an experience shared by passengers and airline employees alike. I’ve wondered how much the visibility of the stress contributed to this feeling — it was the first time I’ve flown since March 2020 that we weren’t required to wear masks in the airport. But it was also the first time in a long time, probably in my whole adult life, where I didn’t feel a sense that everyone was just determined to stay in their lane, and avoid the inconvenience and awkwardness of other people. In its place was a collective atmosphere of appreciation for and mutual recognition of other people’s humanity.

A few examples come to mind:

There’s no shortage of stories and thinkpieces in mainstream media right now about how disunited we are, to which I say, maybe. But last Monday I felt a solidarity amongst strangers that I hadn’t felt before. Maybe after two and a half years of technocratic micromanagement, our being forced the “crack in everything” — our economy, our political allegiances, our technologies — has in fact been how “the light gets in”. In Richmond airport last Monday, we were just a bunch of normies trying to get to our destinations and being thwarted at every turn, but we had each other. 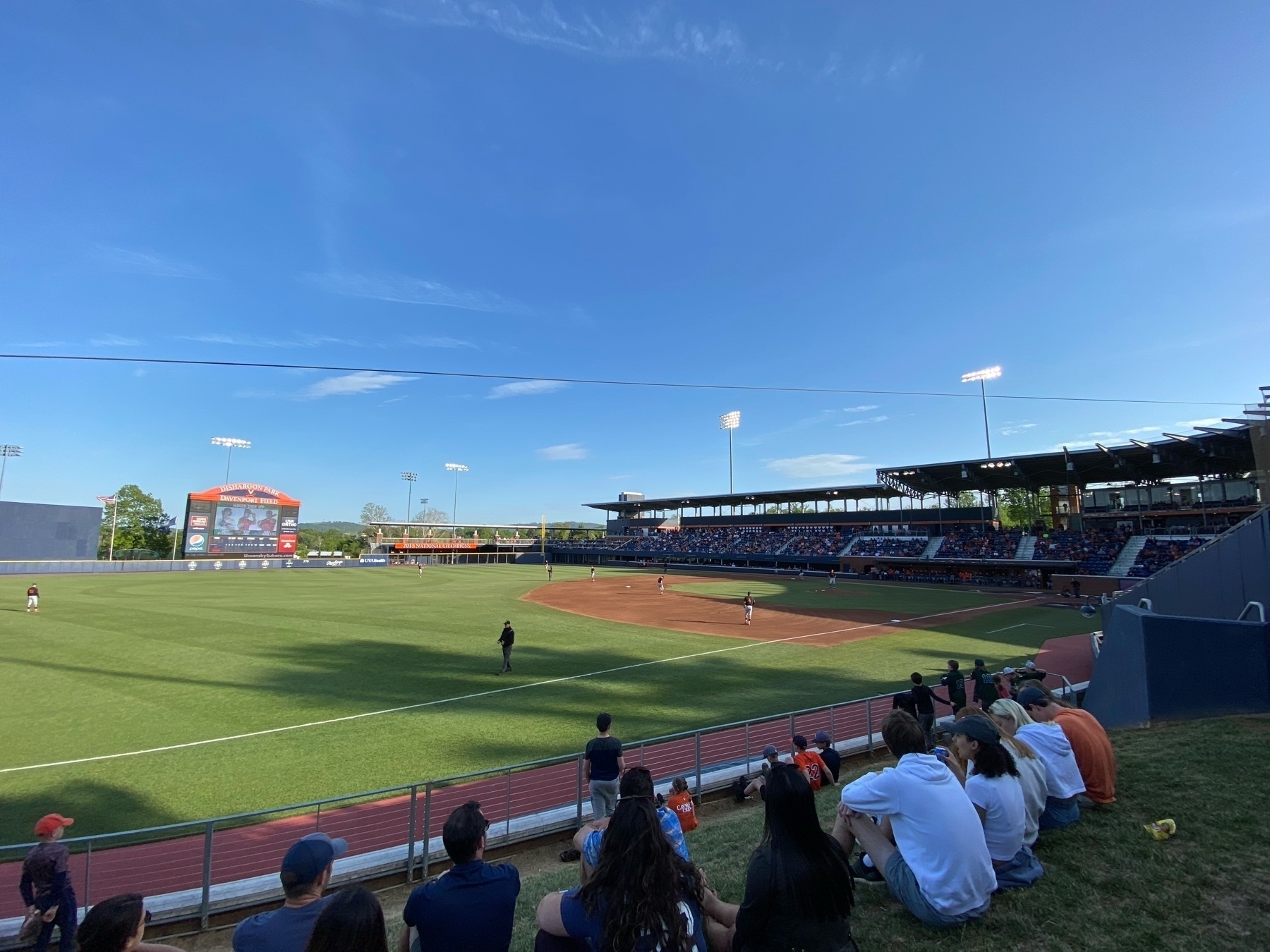 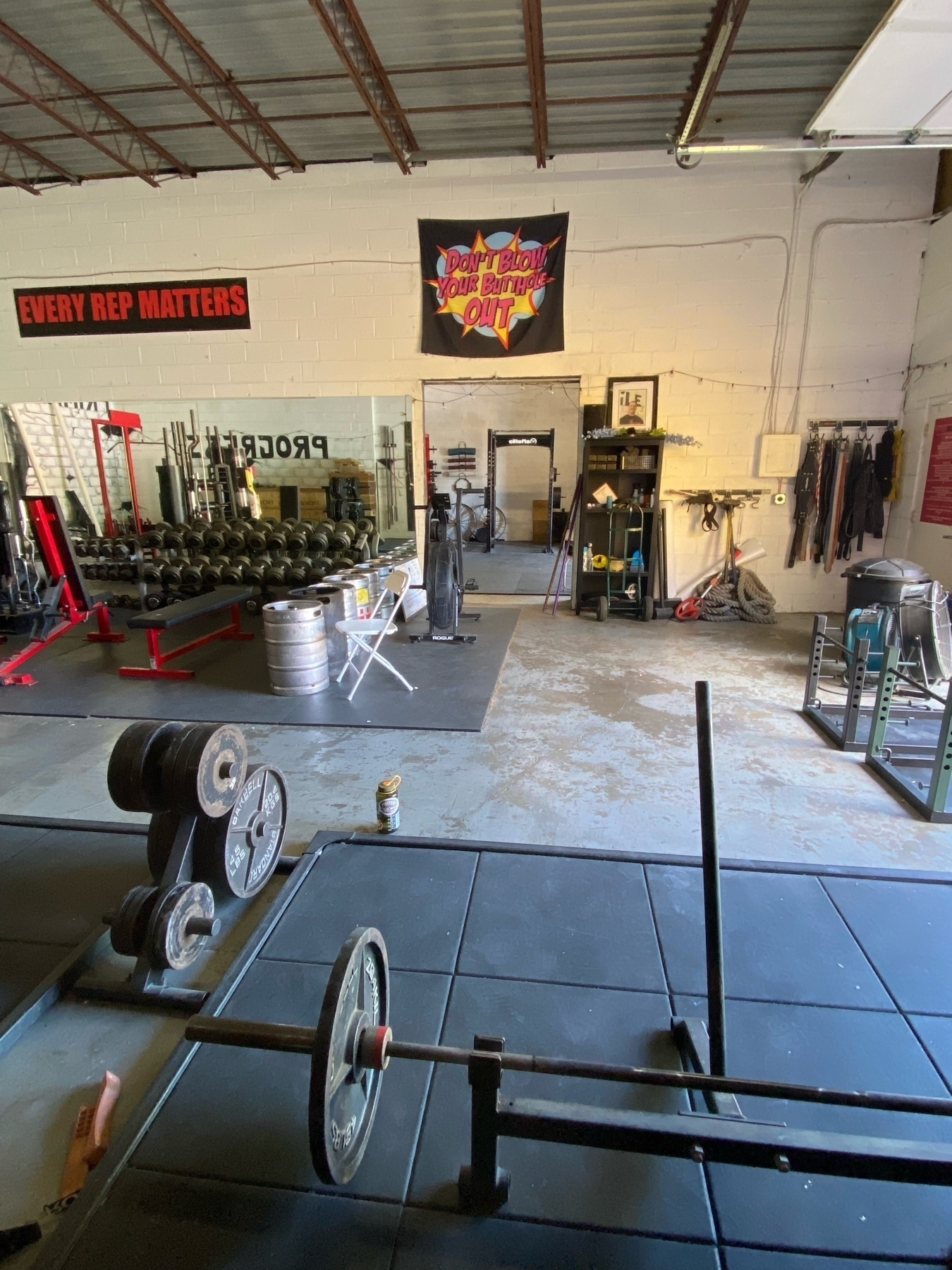 Fun fact, I used to own the exact issue of the Magazine of Fantasy and Science Fiction that had this illustration on the cover, “Starship Soldier”, and first serialized a Robert Heinlein novel of the same name, later to be called Starship Troopers. Via 70s Sci-Fi Art: 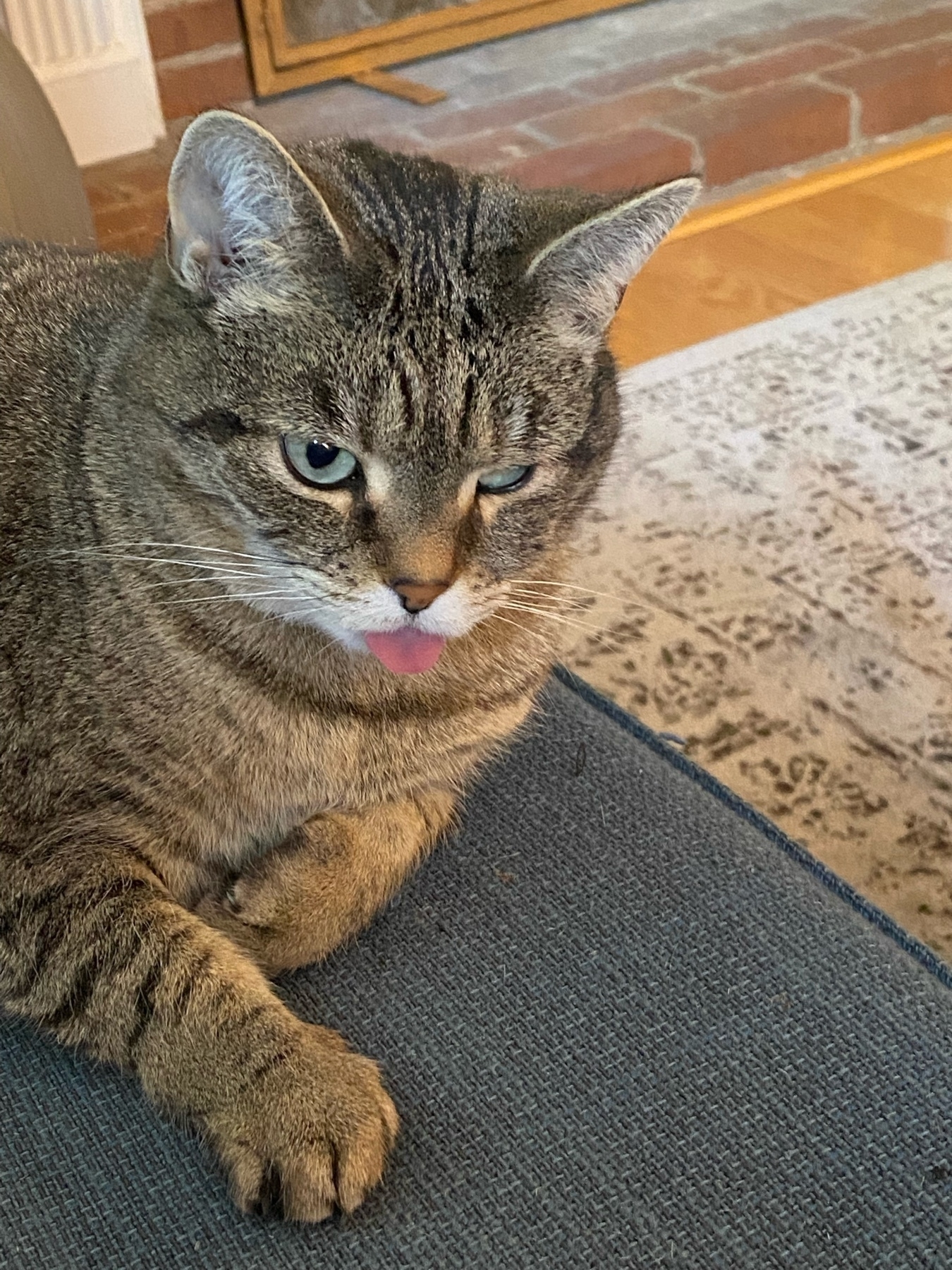 I think Practical Engineering may be my new favorite YouTube channel.

Visited Orange County for my best friend’s wedding. It’s been a great trip. We return to Cville tomorrow. Congrats, Collin and Meagan. 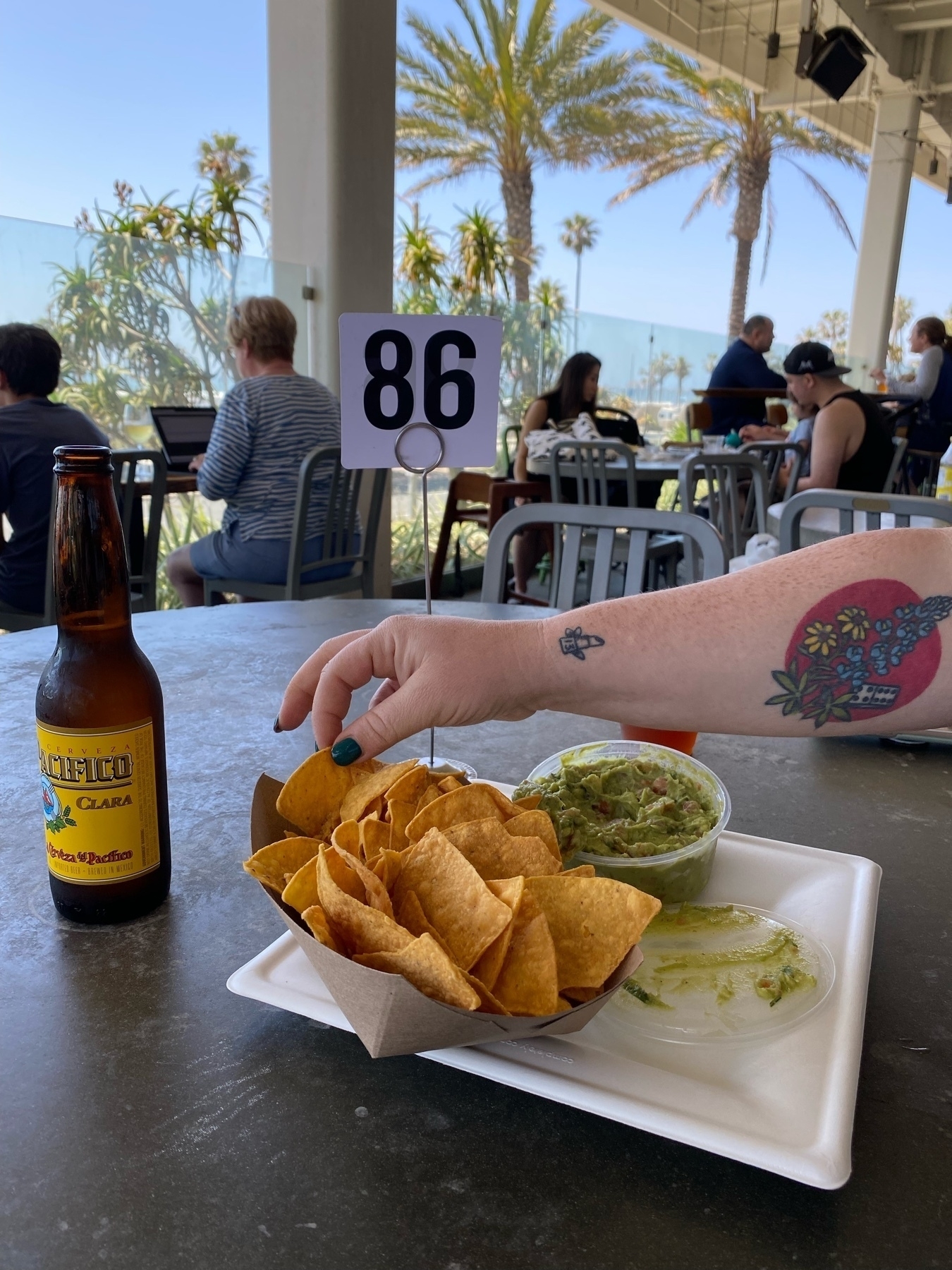 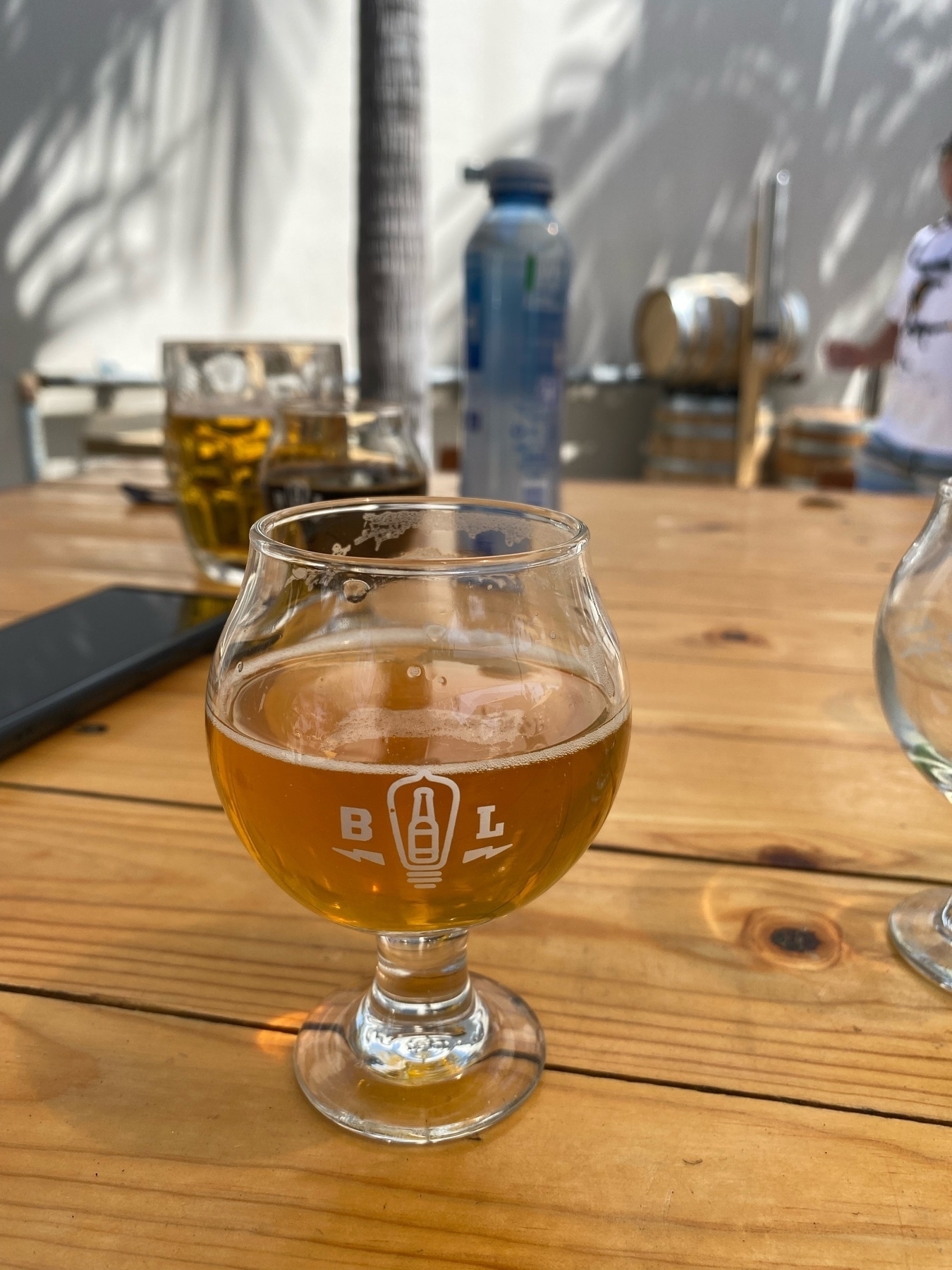 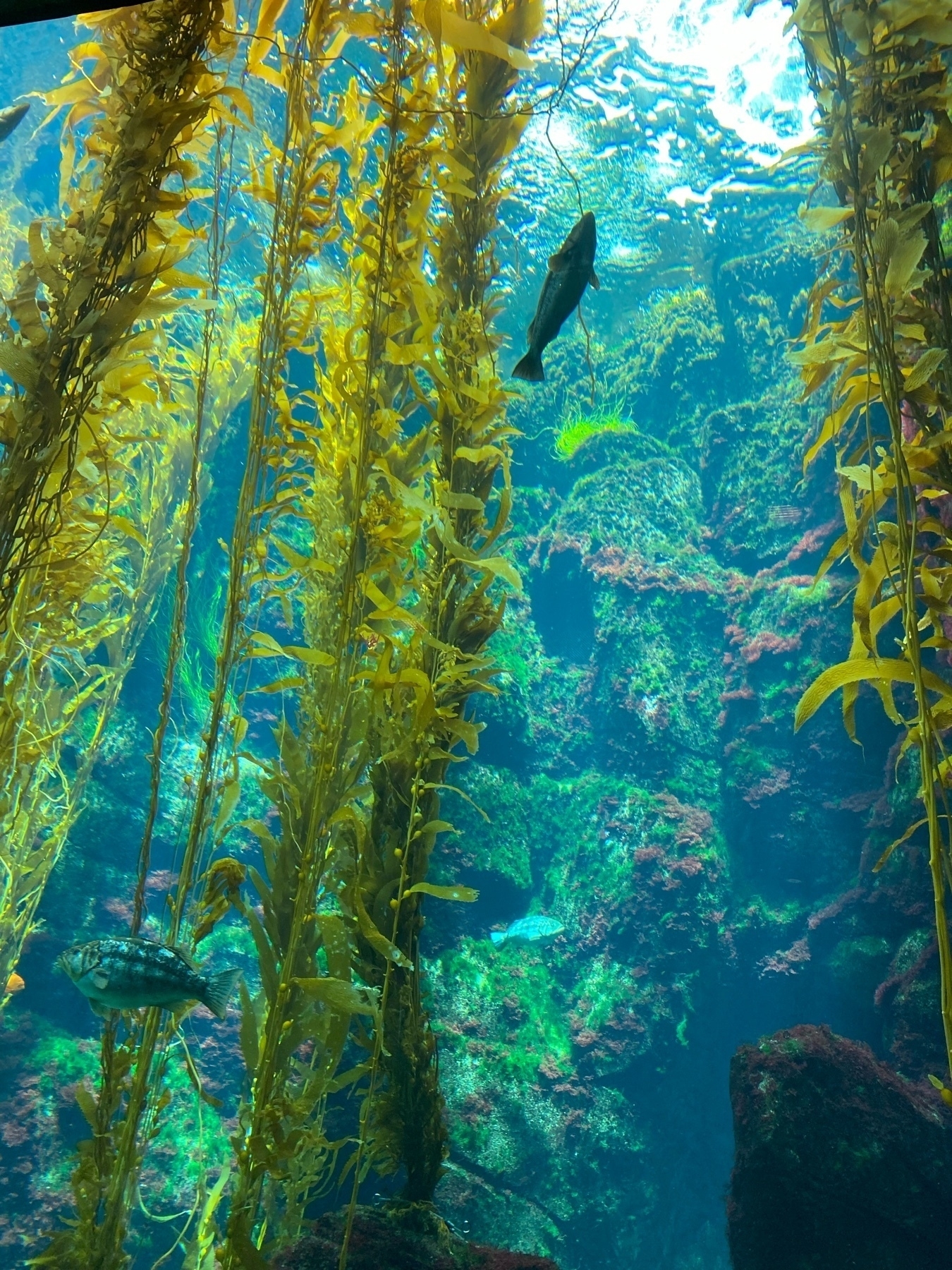 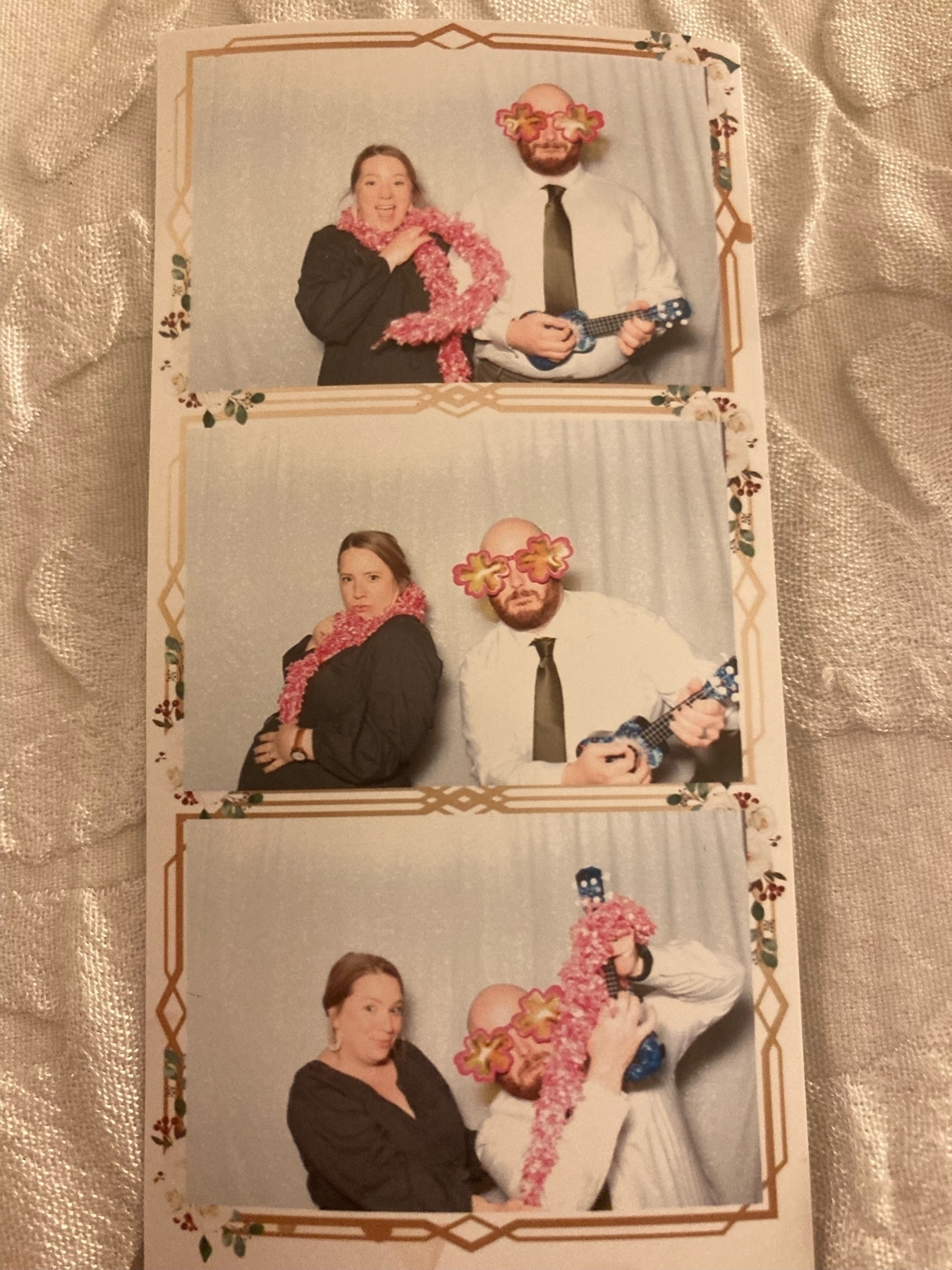 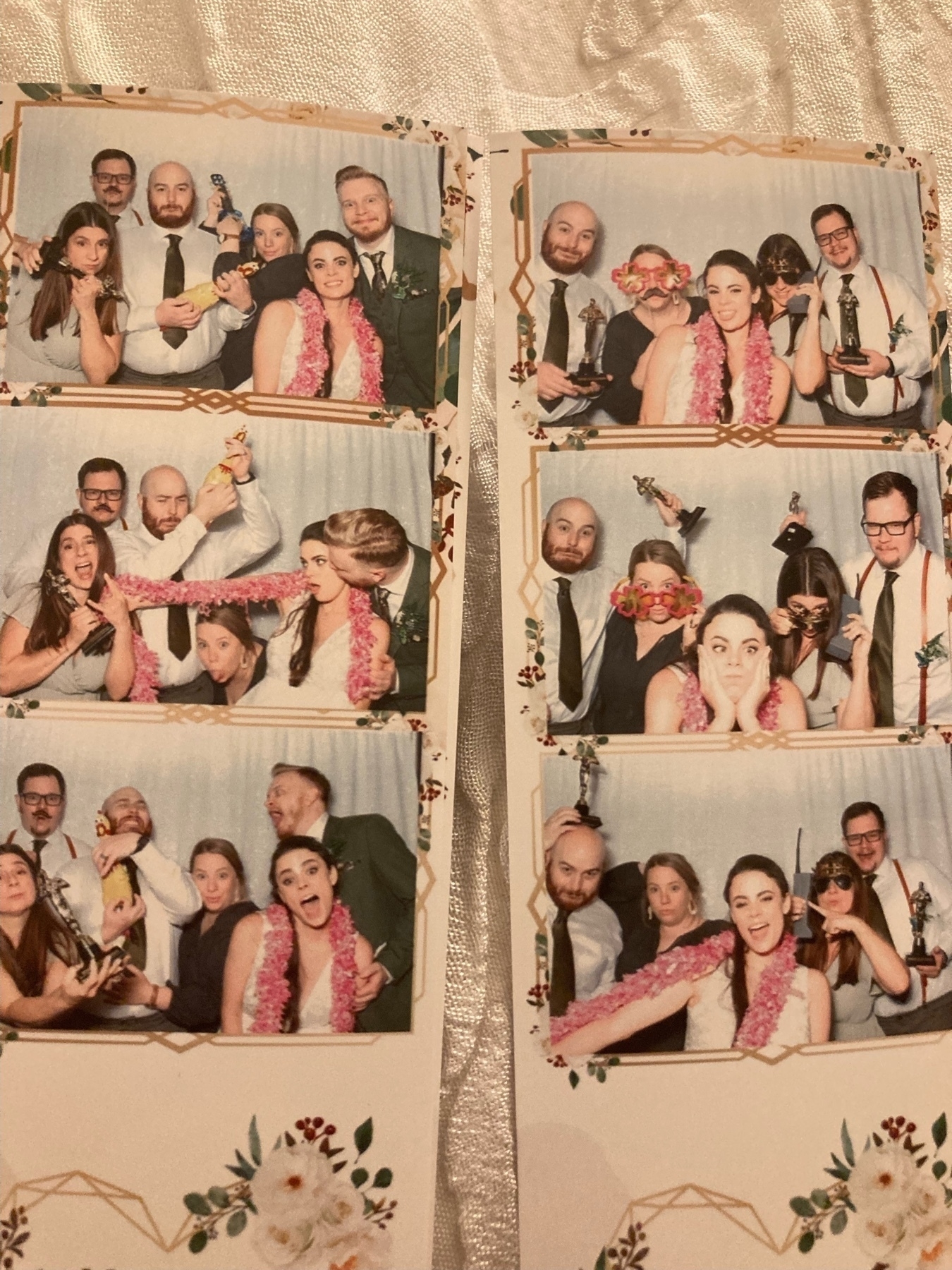 This one really hit me. I struggle to express the shock I’m feeling, or why. I’ve always been moved by the energy and joy he exuded on the record and on stage. Thanks for all the beauty you helped make, Taylor. 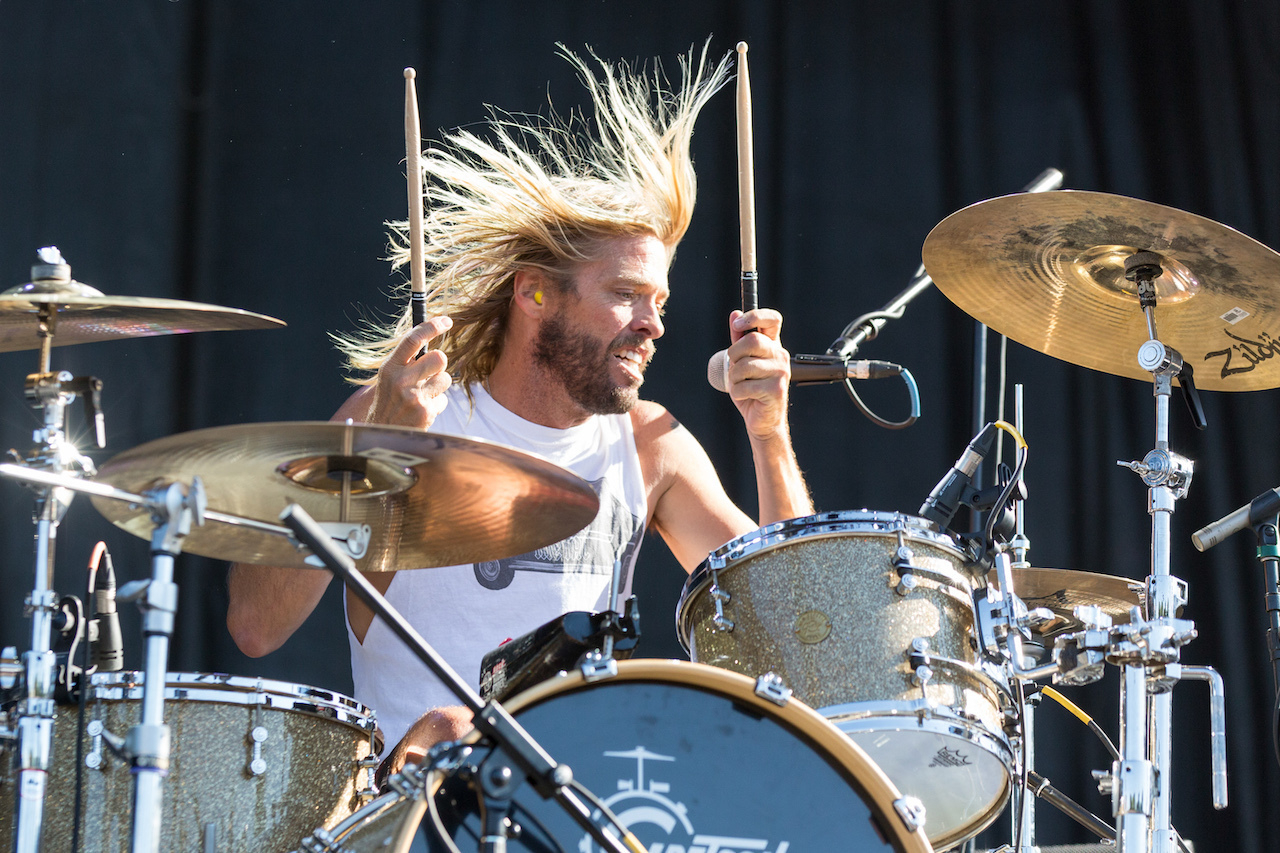 Doubt may be considered one of the consequences of original sin, but it also protects us against its more deleterious effects. It is important for us to be uncertain about the deep motives for our own deeds and the grounds of our convictions, since this is the only device that protects us against an old justifying fanaticism and intolerance. We should remember that the perfect unity of man is impossible, otherwise we would try to impose this unity by any means available, and our foolish visions of perfection would evaporate in violence and end in a theocratic or totalitarian caricature of unity which claimed to make the Great Impossible an actuality. The greater our hopes for humanity, the more we are ready to sacrifice, and this too seems very rational. As Anatole France once remarked, never have so many been murdered in the name of a doctrine as in the name of the principle that human beings are naturally good. […] Julia Rothman’s “Anatomy” books are probably the most pleasant reference books I’ve ever come across. I’m glad we finally have the whole collection. 📚 So proud of @jensap for teaching adult education hour this morning. 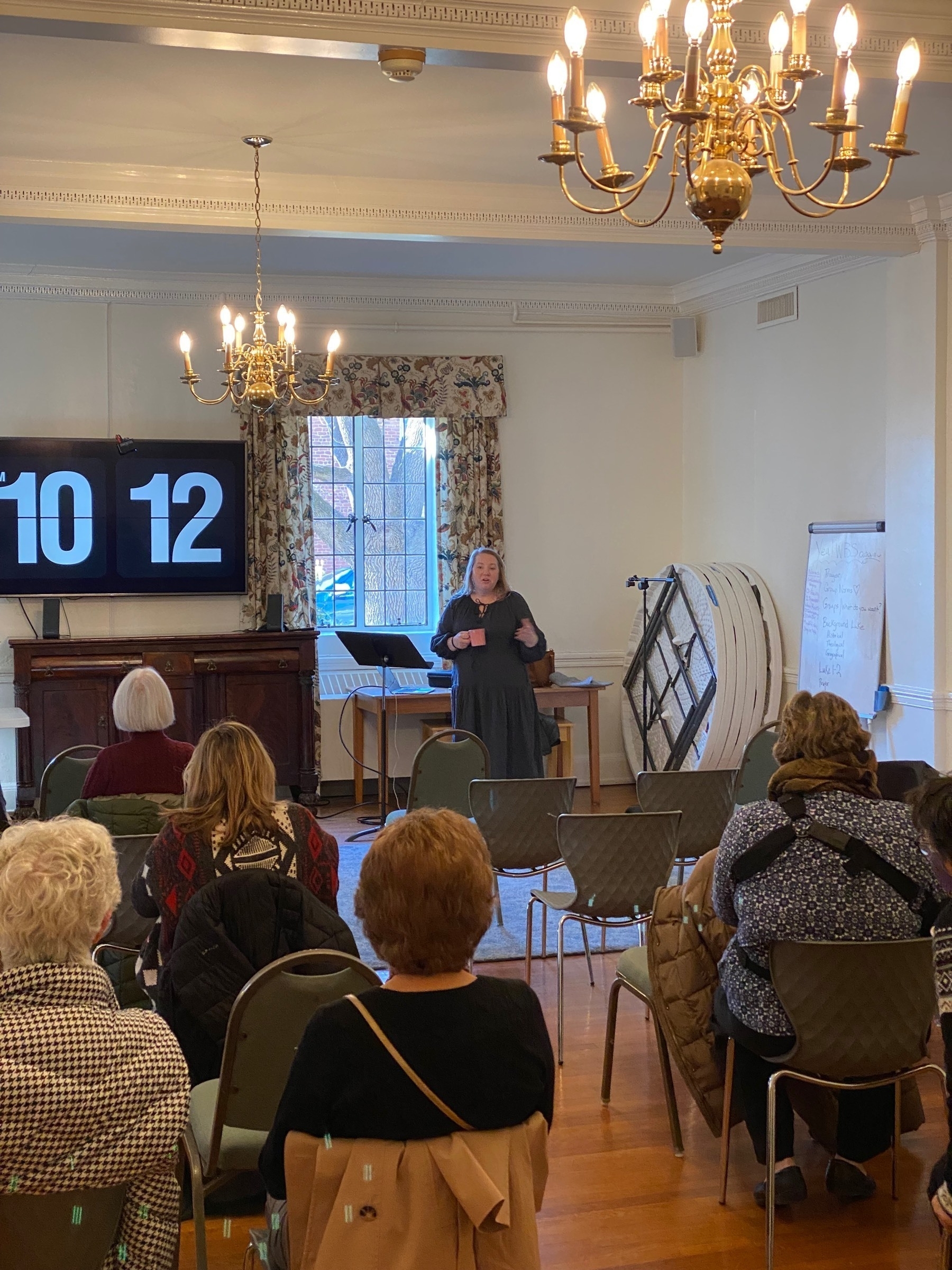 Really proud of @jensap and I’s old housemate whose album was recently written up in Pitchfork!

For a while now, I’ve tried to avoid the Bezos machine as much as I can in my consumer habits. I don’t need to enumerate the reasons I loathe Amazon — at this point, I think many people are familiar with them. But, much as I hate to admit it, the Kindle is a remarkable piece of calm technology, which is why I purchased one about six years ago.

Of course, they are not the only e-reading option available, which is why sometime last year I purchased a refurbished Kobo. Most of my e-reading is done via library borrows from overdrive anyway. Nonetheless, I still wanted to have my Kindle library available to read on the Kobo. Obviously, this would necessitate stripping the DRM off my collection, but sticking it to the corporate overlords sounded like a fun challenge anyway.

The plan was to download the titles to my laptop with the Kindle app, import the files to Calibre, convert them to epub, and then transfer them to the Kobo. While Calibre does not support DRM removal, there’s a well established open-source plugin for doing exactly that. The catch is that the plugin doesn’t handle AZW files, which is the format downloaded by the most recent version of Kindle for Mac. In this thread, the project maintainer links to an older version of DeDRM forked from the original project, where you will now find a DMCA takedown notice, which has apparently occurred as recently as this past week.

One of the users in this thread on mobileread put it well:

I’m surprised that software of this sort was hosted on Microsoft-owned (and presumably US-based) servers. I wonder if we’ll we’ll see a Pirate Bay style game of whack-a-mole now?

I didn’t bother delving into the details of the DMCA takedown — I had come off a workday, and wanted to do something other than sit at my computer for another hour. The fact of the project’s takedown is unsurprising though. Removing DRM is difficult by design. But it’s nonetheless infuriating that purchasing a digital artifact does not confer ownership — it confers a license, which come with various stipulations. And I doubt these stipulations have done much, if anything, to protect the incomes of writers, artists, and musicians.

Print books don’t come with DRM. You own them. You can share them, borrow them, throw them in a bag. Their technological ecosystem is not one of surveillance.

E-reading, especially on one with an e-ink display, has its advantages. But the demise of print that many predicted over decade ago never materialized. I’m thankful for that. 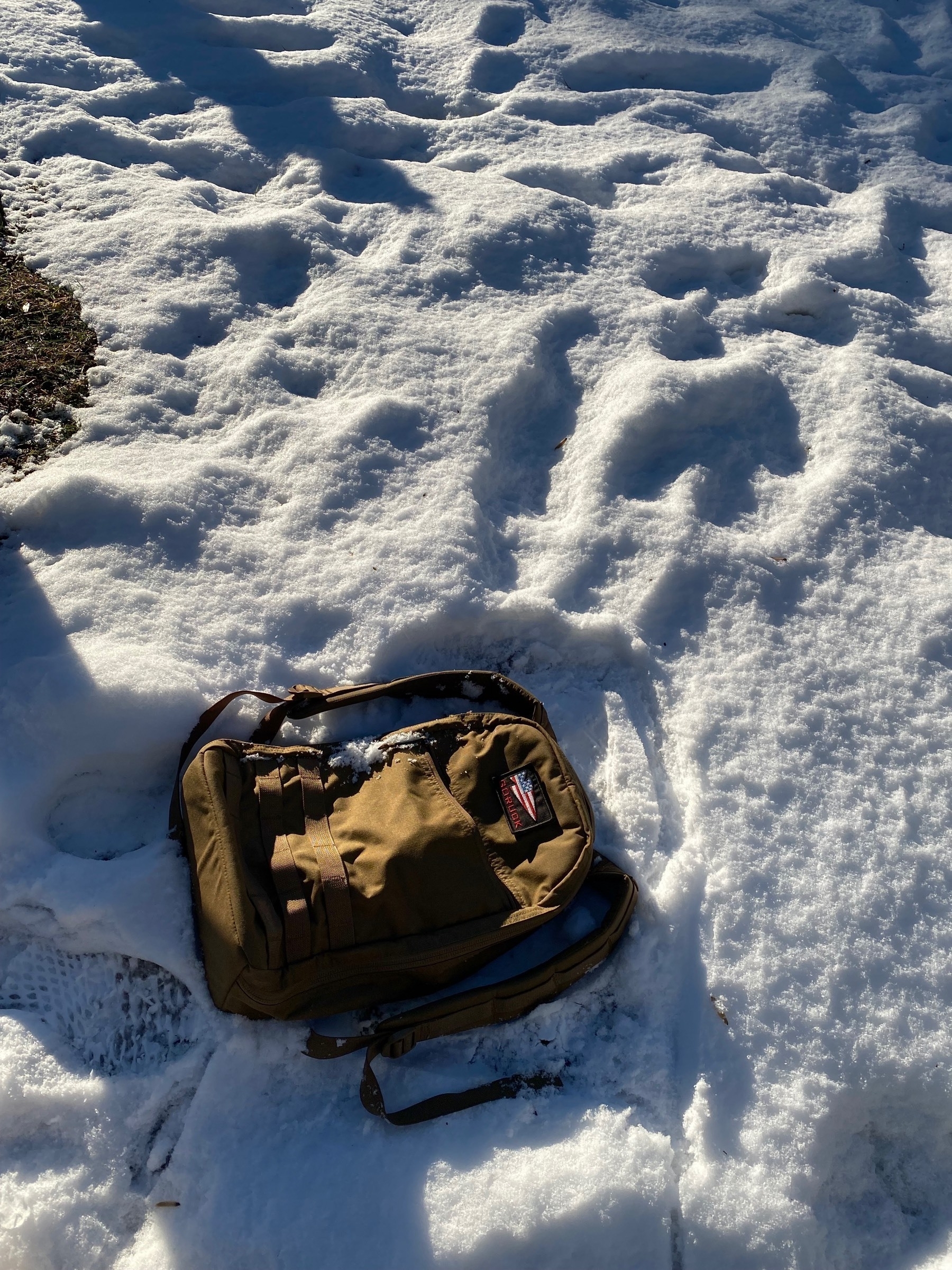 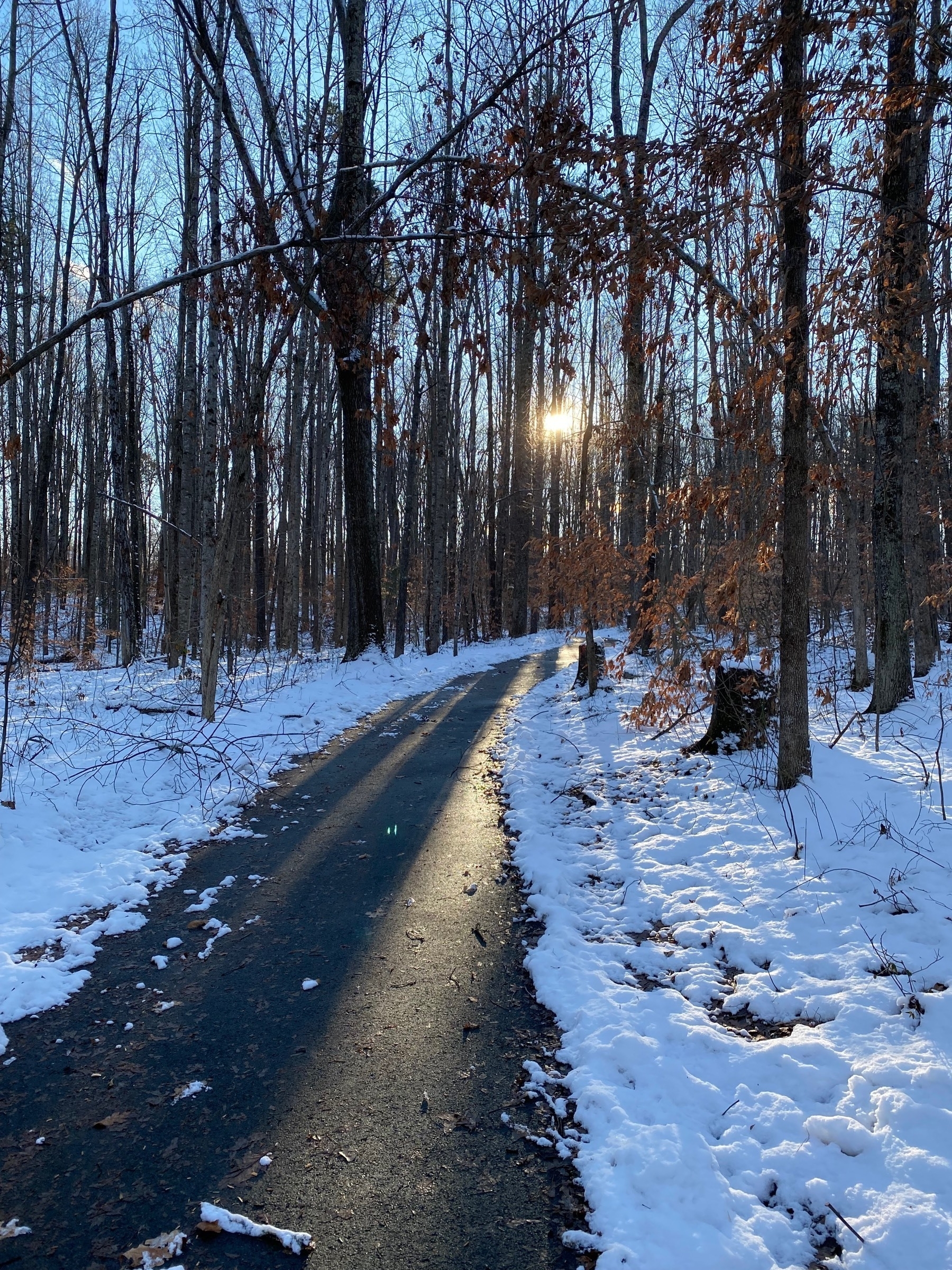 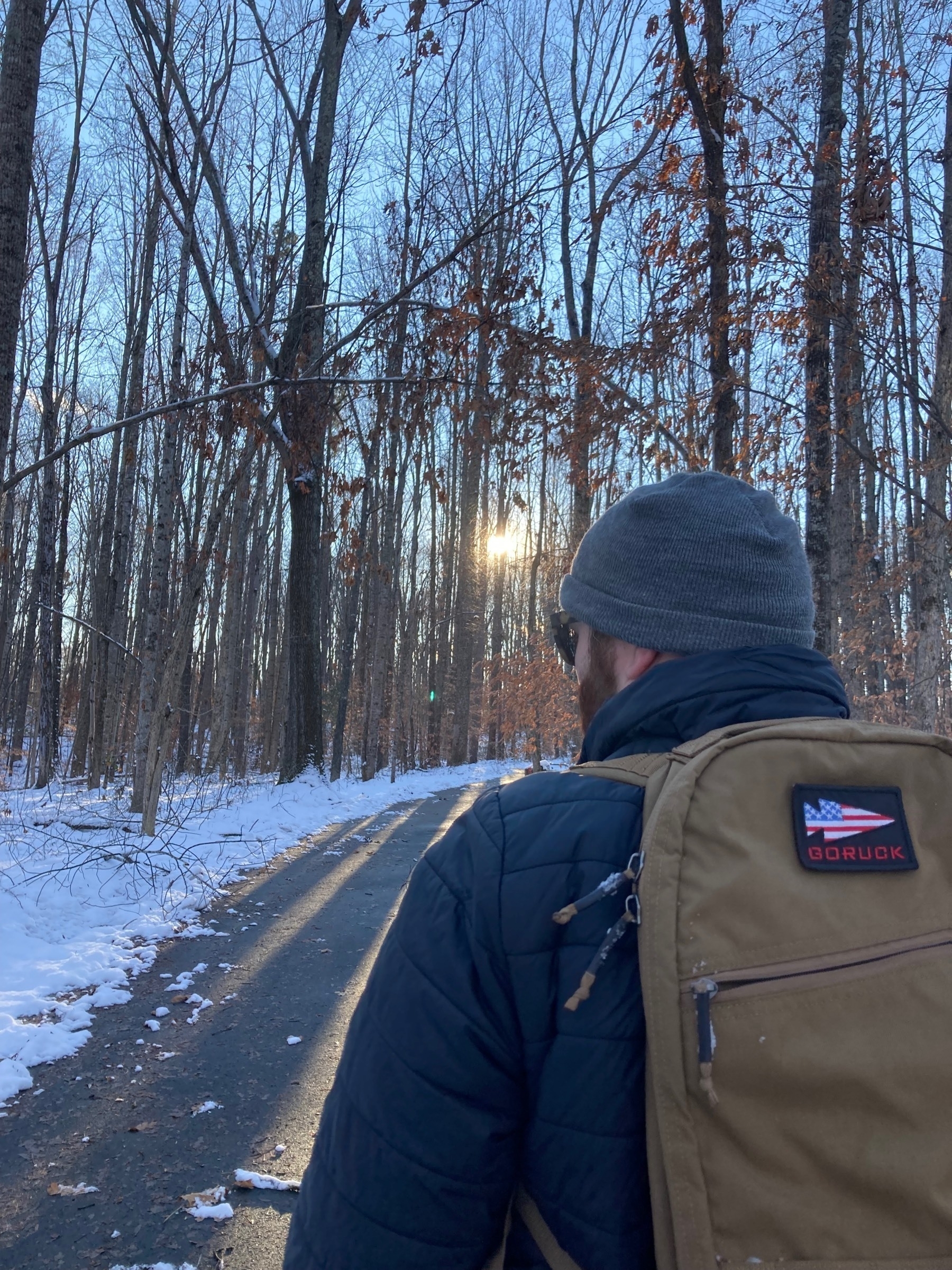 (In the spirit of “people should blog more” posts going around, I feel inspired to try my hand at some informal writing, of “thinking aloud in public”. No resolutions here — I may or may not continue this habit. Okay, enough meta-blogging. On with the show)

I’ve been meaning to reread C.S. Lewis’s The Abolition of Man, especially after reading its fictional counterpart, That Hideous Strength, last year, so it seems fortuitous that Richard Beck is writing a blog series about reading it for the first time. After addressing his own misconception that Lewis’s phrase, “men without chests”, has something to do with masculinity (which is an interesting misconception in the first place, one that I feel deserves its own post), he explains that Lewis’s essay has to do with forming emotions that correspond to objective values. “Men without chests” are not necessarily cowardly or timid, they are just devoid of properly formed feelings.

I think Abolition’s vision of a technocratic society that disregards any correlation between affections and real value has, in many respects, come true. It’s eerily prescient. Equally prescient, I think, was Thrice’s song of the same name, released in 2003. Dustin Kensrue screams, “The abolition of man is within the reach of science; but are we so far gone that we’ll try it?” I think the ensuing decades since that song’s release have seen an onslaught of attempts at that very thing.

So happy with our new record cabinet. It’s nice to have all of our audio gear in one spot now. 🎧🎵 It’s hard for me to believe it, but we’re almost at the end of 2021. At one time, I thought I would write these reading roundups more regularly. Alas, I had other priorities. Here’s a list of favorites, with occasional annotations.